On December 27, 2017, Yaron Kornblum represented the tenants-in-common purchasers in their acquisition, with a twist, of 2734 Sedgwick Avenue, Bronx, NY for the purchase price of $9.42 million. The Purchasers first acquired the shares of the Seller for a purchase price of $7.9 million. The closing on the real property was consummated immediately thereafter, coupled with a 1031 tax-free exchange component. This transaction was financed with a loan from Oritani Finance Company in the amount of $1.58 million.

On December 12, 2017 Louis D’Amaro and Evan Schieber represented a client in connection with a short-term licensing of the catering/concession area of a popular beach club in Atlantic Beach. The license was for the winter months only, to assess whether the club’s concession is viable during the off season.

On December 18, 2017, Louis D’Amaro and Jeff Rust represented the purchaser in the acquisition of a 14,000 square foot, multi-tenant retail/office building located at 620 Waverly Avenue, Patchogue, NY, for a purchase price of $2.3 million. The transaction included the examination and assignment of four pre-existing leases for the premises. 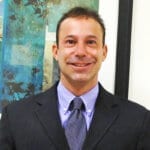 Benjamin P. Malerba, a partner in the firm's Corporate & Commercial and Health Services Practice Groups, presented a CLE at the Nassau...