In Somereve v. Plaza Constr. Corp., 2016 N.Y. App. Div. LEXIS 1231 (1st Dep’t 2016), plaintiff was injured when operating a prime mover to hoist a load of bricks onto a scaffold 5.5 – 6 feet high.  A prime mover differs from a forklift in that the operator stands on a platform approximately eight inches above the floor at the back of the device.  Plaintiff claims the prime mover flipped forward and he was ejected off the back when hoisting a load that was approximately five feet off the ground.

The First Department characterized this as a gravity-related accident, thereby triggering the protections of § 240(1).   The majority reasoned that if the prime mover pitched forward due to the force of gravity, it failed to offer adequate protection under § 240(1).  Likewise, if the accident occurred because either the prime mover or scaffold could not support the weight of the brick load, the accident also resulted from the application of the force of gravity to the load while hoisting.  The dissent, on the other hand, pointed out that the prime mover was not defective and did not malfunction.

This decision continues an emerging trend in the First Department, which leans heavily in favor of plaintiffs when Labor Law 240(1) is at issue.

In Lannon v. 356 W. 44th St. Rest., Inc., 2016 N.Y. App. Div. LEXIS 1124 (1st Dep’t 2016), plaintiff was injured when he fell from a two-story building while installing flag holders on the exterior of defendants’ building façade.  The First Department held that plaintiff was not engaged in a protected activity under § 240(1) at the time of his injury finding that such work was “cosmetic and nonstructural [in] nature” and for that reason did not constitute “altering” as required by statute.

In DaSilva v. Everest Scaffolding, Inc., plaintiff fell off a scaffolding frame when the scaffolding allegedly moved while he was attempting to remove a stable from a plastic covering on the building exterior.  At the time of his fall, plaintiff was propping himself up on a cross-brace of the frame to reach the area he was working.  Significantly, the First Department rejected the recalcitrant worker defense based upon plaintiff’s failure to use a ladder in the absence of any evidence that plaintiff knew he was expected to use a ladder.

In Lopez v. La Fonda Boricua, Inc., 2016 N.Y. App. Div. LEXIS 1372 (1st Dep’t 2016), plaintiff’s Labor Law § 240(1) claim survived summary judgment as defendant failed to establish that the plaintiff was a “volunteer” rather than an “employee” within the meaning of the Labor Law.  While not embellished upon in the decision, the court essentially draws a distinction between an employer offering services gratuitously verses a plaintiff-employee choosing to volunteer.

In Ramos v. Penn Tower, LLC., et al., 2016 N.Y. App. Div. LEXIS 1299 (2d Dep’t 2016), the plaintiff was allegedly injured when a piece of wood flew back and hit his right eye while operating a table saw.   Plaintiff alleged he was not provided with adequate eye protection as required by 12 NYCRR 23-1.8(a). The Second Department reversed the Supreme Court’s decision, which granted plaintiff’s motion for summary judgment under Labor Law § 241(6).  In doing so, the court noted that plaintiff failed to eliminate triable issues of fact as to whether adequate eye protection was provided to him on the date of the incident.  Even though plaintiff testified that “there was nothing” to protect his eyes, a witness who visited the property on the same day revealed a factual dispute as to whether safety goggles were available for the plaintiff to use.  Likewise, the court found issues of fact as to plaintiff’s comparative fault, if any.

In Korostynskyy v. 416 Kings Highway, LLC, 2016 N.Y. App. Div. LEXIS 942 (2d Dep’t 2016), plaintiff was allegedly injured when a worker and construction materials fell from scaffolding on a neighboring construction site, through a skylight in defendant’s roof, and onto him.  The Second Department reiterated that in cases involving claims of negligence and a violation of § 200,  the claims generally fall into two categories: claims involving the manner in which the work is performed and claims where workers are injured as a result of a dangerous or defective condition at the work site.  The court held that defendant failed to establish, prima facie, that he did not create or have actual or constructive notice of the allegedly dangerous condition.  As plaintiff’s employer and the owner of the construction site, defendant owed plaintiff a duty to maintain a safe work environment. 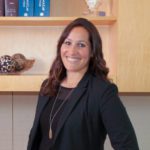 More than a decade ago, in Lunney v. Prodigy Servs. Co.,[1] the New York Court of Appeals declined, as premature,...

The Centers for Medicare & Medicaid Services ("CMS") announced today that it is seeking applications from providers to participate in...