New York has issued new guidance on how to get around the $10,000 federal cap on state and local tax deductions, but it isn’t offering some taxpayers the reprieve they were hoping for.

Pass-through entity partners and shareholders who opt in to start paying the new tax in 2021 will still be required to pay their estimated income taxes this year as if their businesses were not opting in.

Vlahos called the delay “nuts” and stated, “In other words the taxpayer ends up paying tax on the same income two times before receiving any benefit, once in estimated taxes and again via the entity-level tax.” 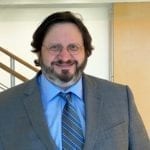 Please join us as Louis Vlahos and Bernadette Kasnicki provide a refresher on preparing Form 990, the tax return for...

Rivkin Radler LLP is pleased to announce that Louis Vlahos placed No. 2 among the top 10 authors on the...

Legal content syndicator JD Supra just released the list of the 25 most popular articles on its platform for November....