The plaintiffs in this case were employed in a division of SKF USA, Inc., when SKF sold the division to Tyson Bearing Company. The plaintiffs became employees of Tyson immediately after the sale at the same facility and did not suffer any period of unemployment or interruption of wages. Under the terms of the sale, Tyson agreed to provide a pension plan equivalent to the SKF pension plan for hourly employees, although Tyson apparently did not agree to merge the two pension plans.

The plaintiffs subsequently filed claims with the SKF pension plan, arguing that they were entitled to pension benefits because they had been “laid off” from their SKF employment as a result of the sale. The plan administrator denied the claims, concluding that the plaintiffs had not been laid off after the sale because they “did not have any period of unemployment or interruption of wages as a result of the sale.” As the administrator explained, Tyson had implemented a pension plan with terms essentially identical to those of the SKF pension plan.

The plaintiffs then brought suit against SKF, but the federal district court rejected their claims, ruling that the sale of SKF’s division did not result in a layoff. The plaintiffs appealed.

The U.S. Court of Appeals for the Sixth Circuit affirmed. The circuit court noted that in Rowe v. Allied Chemical Hourly Employees’ Pension Plan, 915 F.2d 266 (6th Cir. 1990), it had ruled that the separation of employees from their original employment and immediate employment by the company purchasing the original employer’s facility did not constitute a layoff. The Sixth Circuit rejected the SKF plaintiffs’ attempt to limit Rowe by arguing that it applied only where the successor employer agreed to continue the pension plan so as not to affect the employees’ pension benefits. In the Sixth Circuit’s view, the Rowe decision “should not be read so narrowly.” As the appellate court explained, the key to Rowe was that “that there was no interruption in the plaintiffs’ employment because they immediately became employees of the purchasing company upon completion of the sale.” Similarly, the circuit court concluded on the same basis that the plaintiffs here were not entitled to receive pension plan payments. [Morgan v. SKF USA, Inc., 385 F.3d 989 (6th Cir. 2004).]

Comment: The Sixth Circuit decisions in the Rowe and Morgan cases hold that it is not unreasonable for plan administrators to construe “layoff” to mean a temporary termination or interruption in employment. Accordingly, a company’s sale of a division to another business does not necessarily trigger obligations under the seller’s pension or benefit plans, especially where the employees continue to be employed.

A law firm discovered that a partner was allegedly embezzling money from the firm and from a client of the firm. It terminated the partner’s employment and reported his actions to the state board of professional responsibility. The partner sought treatment from a psychiatrist, who concluded that partner could no longer function as a trial lawyer due to a variety of psychological impairments. The partner agreed to be placed on disability inactive status, and his disability insurer began payments under his disability insurance coverage.

The circuit court pointed out that the insurance contract instructed the policy holder as follows: “You’re residually disabled if because of sickness or injury: you can do some, but not all, of the main duties of your occupation. . . . OR you can work at your occupation no more than 3 of the hours you worked before becoming disabled.” In this case, the appellate courd concluded, the partner could not qualify as residually disabled because the district court had found that he no longer suffered from any sickness. [Speight v. Massachusetts Mut. Life Ins. Co., 2004 U.S. App. Lexis 21449 (6th Cir. Oct. 13, 2004).]

This action arose under a Personal Accident Insurance (PAI) policy in an employee benefits plan provided by General Motors to its employees. According to the complaint, the plaintiff, an industrial nurse for GM, injured her knee at work. She submitted a claim form requesting PAI benefits to the plan administrator in which she described the circumstances leading to her knee injury as follows: “BENDING DOWN AND SQUATTING TO GIVE FIRST AID TO EMPLOYEE – FELT SHARP PAIN IN MY RIGHT KNEE IMMEDIATELY AFTER I STOOD FROM SQUATTING POSITION.” The plan administrator denied the claim, explaining that “bending down and squatting” was not “sudden, unexpected and unforeseen” and therefore did not constitute an accident for purposes of the PAI policy. After the plan administrator denied her appeal, the nurse went to court. The trial court ruled in favor of the plan administrator, and the nurse appealed.

Comment: The result in this case very well may have been different if the plan documents had defined the term “accident” differently, such as that an insured be engaged in “unusual activity” or meet with an “external force or event” in order for an injury to be considered an accident.

The plaintiff in this case worked as a certified nursing assistant for Palos Community Hospital until a wrist injury rendered her temporarily unable to continue. She continued for several months on temporary light duty (TLD) but was not able to obtain another permanent position with the hospital and was eventually discharged. In this lawsuit, the plaintiff alleged that she was never given information as to her rights under the Family and Medical Leave Act (FMLA)and was never advised that TLD was voluntary or that it was in lieu of FMLA leave.

The hospital countered that its employee handbook discussed FMLA leave and that its TLD policy explicitly stated that employees may choose not to return to light duty, albeit at the price of losing eligibility for worker’s compensation or sick time benefits. As the hospital also explained, the TLD policy also stated that if the employee’s position had been filled by the time he or she was cleared for regular duties, “every effort will be made to assist the employee to find a suitable position.”

The court rejected the plaintiff’s arguments. It found that the hospital had met the obligation to post a Department of Labor poster in the workplace and that the hospital had fulfilled the obligation to include information on FMLA rights in its employment handbook and notices. As the court observed, the hospital included information on FMLA rights in its employee handbook, its TLD policy notices discussed FMLA job protection, and its “Leave of Absence” brochure outlined the FMLA and who was eligible. Although the court acknowledged that none of these resources explained specifically that TLD work was in lieu of FMLA leave, it concluded that the absence of such an explanation did not violate applicable regulations. The court also pointed out that the plaintiff admitted that hospital staff had explained the TLD program to her. [Artis v. Palos Community Hospital, 2004 U.S. Dist. Lexis 20150 (N.D. Ill. Sept. 23, 2004).]

Comment: Employers should make certain that their employee handbooks and other documents involving leaves refer to and contain provisions that comply with the FMLA, the ADA and applicable state laws. Additionally, notices and clear, written explanations of the policy are likely to avoid or defeat subsequent claims and disputes.

The defendants in this suit were U.S. News and World Report and Mortimer Zuckerman, who served as chairman of Boston Properties, chairman and editor-in-chief of U.S. News and chairman and co-publisher of the New York Daily News. The plaintiff alleged that Zuckerman’s executive assistant, Wayne Osborne, hired plaintiff to work as a personal assistant and house manager in Zuckerman’s private residence in Manhattan. The Plaintiff was paid approximately $70,000 per year and resided free of charge in Zuckerman’s guestroom. The plaintiff asserted that she acted as Zuckerman’s “receptionist” – answering the phone and taking messages, maintaining files, confirming Zuckerman’s schedule and, occasionally, returning calls on his behalf. She also contended that she performed domestic functions such as ordering Zuckerman’s medications, fixing fruit bowls, walking his dog, making beds, maintaining food supplies, polishing silver, organizing closets, and doing laundry. During this time, the plaintiff received instructions from Osborne, who helped her coordinate the work to be performed in Zuckerman’s residence.

Initially, Zuckerman paid plaintiff with a personal check. Thereafter, he began to pay his residential staff, including the plaintiff, through the Boston Properties payroll. The plaintiff subsequently received her paychecks from U.S. News. Zuckerman asserted that the decision to pay household staff from corporate accounts was an administrative decision and that he personally reimbursed Boston Properties and U.S. News for his residence staff’s salaries.

At some point, the plaintiff informed Osborne that she was pregnant and would need to take maternity leave. The plaintiff subsequently requested, and was granted, eight weeks’ maternity leave from U.S. News under its family leave policy. The Plaintiff asked whether she could live in Zuckerman’s residence with her newborn child when she returned to work but Zuckerman denied her request and she never returned to work. The plaintiff thereafter brought suit against U.S. News and Zuckerman to recover overtime pay under the Fair Labor Standards Act (FLSA) and the New York State Labor Law.

The defendants moved for summary judgment, contending that the plaintiff was a domestic employee and was precluded from recovering overtime compensation by the FLSA’s exception for domestic servants. The court, however, rejected this argument.

Under the FLSA, most workers are entitled to receive overtime compensation of one-and-one-half times their regular hourly rate for each hour worked in excess of 40 hours per week. However, the court noted, this provision does not apply to statutory exceptions or exemptions such as “any employee who is employed in domestic service in a household and who resides in such household.” The term “domestic service” is defined as “services of a household nature performed by an employee in or about a private home (permanent or temporary) of the person by whom he or she is employed … The term includes, but is not limited to, employees such as cooks, waiters, butlers, valets, maids, housekeepers, governesses, nurses, janitors, laundresses, caretakers, handymen, gardeners, footmen, grooms, and chauffeurs.”

The court noted that although the plaintiff devoted substantial time to domestic functions such as walking Zuckerman’s dog, making beds, and polishing silver, the plaintiff had also offered evidence that she also performed clerical duties such as acting as Zuckerman’s receptionist by answering his phones, recording messages for him, keeping files of those messages, and confirming his schedule.

In ruling on the defendants’ motion for summary judgment, the court noted that all reasonable inferences had to be drawn in the plaintiff’s favor. The court then found that material issues of fact existed as to whether plaintiff had been employed exclusively in a domestic capacity, and denied the defendants’ motion for summary judgment based on the FLSA’s domestic service exemption. [Astudillo v. US News & World Report, 2004 U.S. Dist. Lexis 18685 (S.D.N.Y. Sept. 17, 2004).]

Reprinted with permission from the Employee Benefit Plan Review – From the Courts.  All rights reserved. 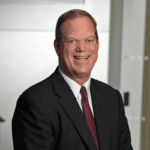